Our final ports of the Rendezvous 2017 voyage are within the Bay of Fundy on Canada’s East Coast. The Bay of Fundy is historically and ecologically significant as it contains the largest tide in the world; a whopping 29-foot change! For mariners, it can be challenging but not enough to keep the PICTON CASTLE from visiting Digby, Nova Scotia and Saint John, New Brunswick. 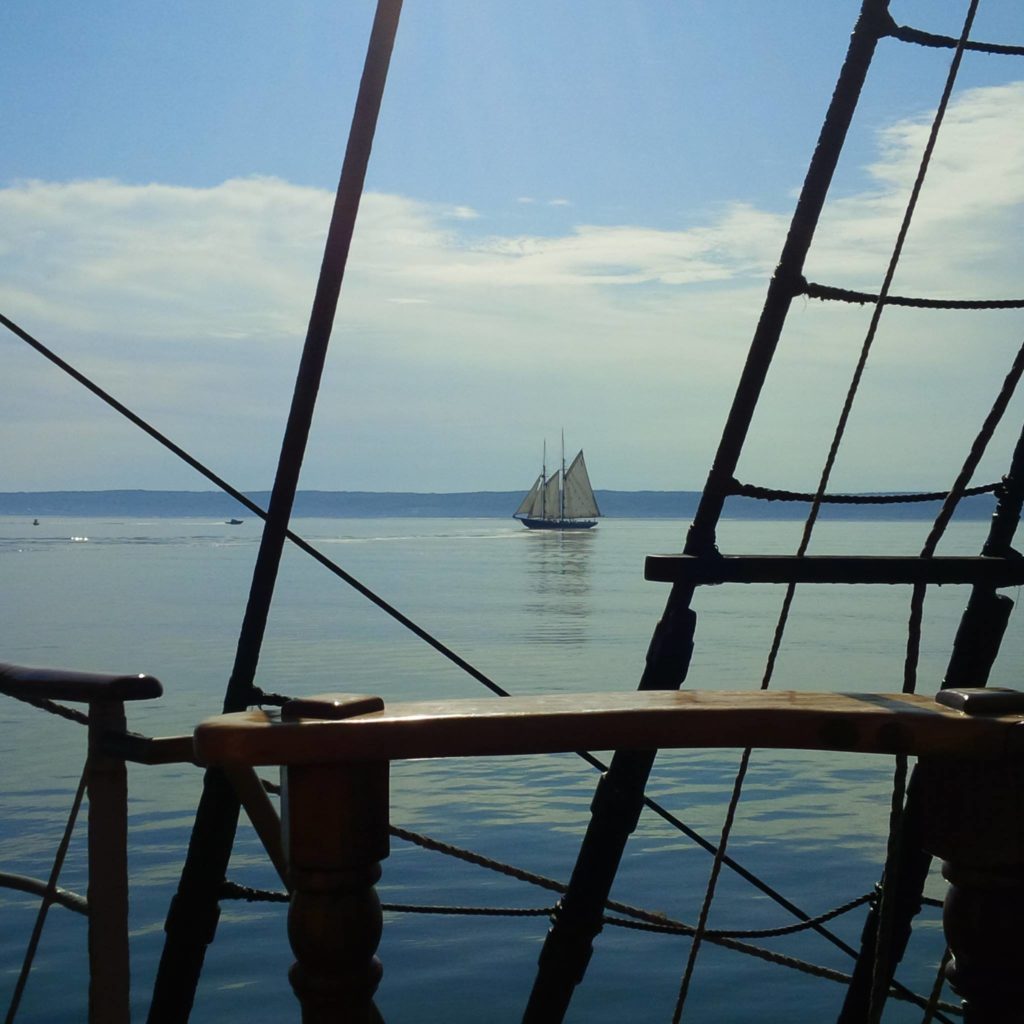 The Tall Ship Festival in Digby was also during the annual Crab Fest which brought scores of visitors and entertainment to the small fishing town and made for lively evenings. The local townspeople rolled out the red carpet for the Tall Ships and we were all treated to Digby scallops which this area is famous for. The Town of Digby itself was a very gracious host with events and amenities for all who were in town for the day. It was not uncommon to see costumed pirates, lobsters and the occasional fish wandering down the street delighting children and even a few adults. Despite the significant tides, visitors came out in throngs to tour the ships or just have a look, and the crew is always happy to talk about the ship we have called home all summer. 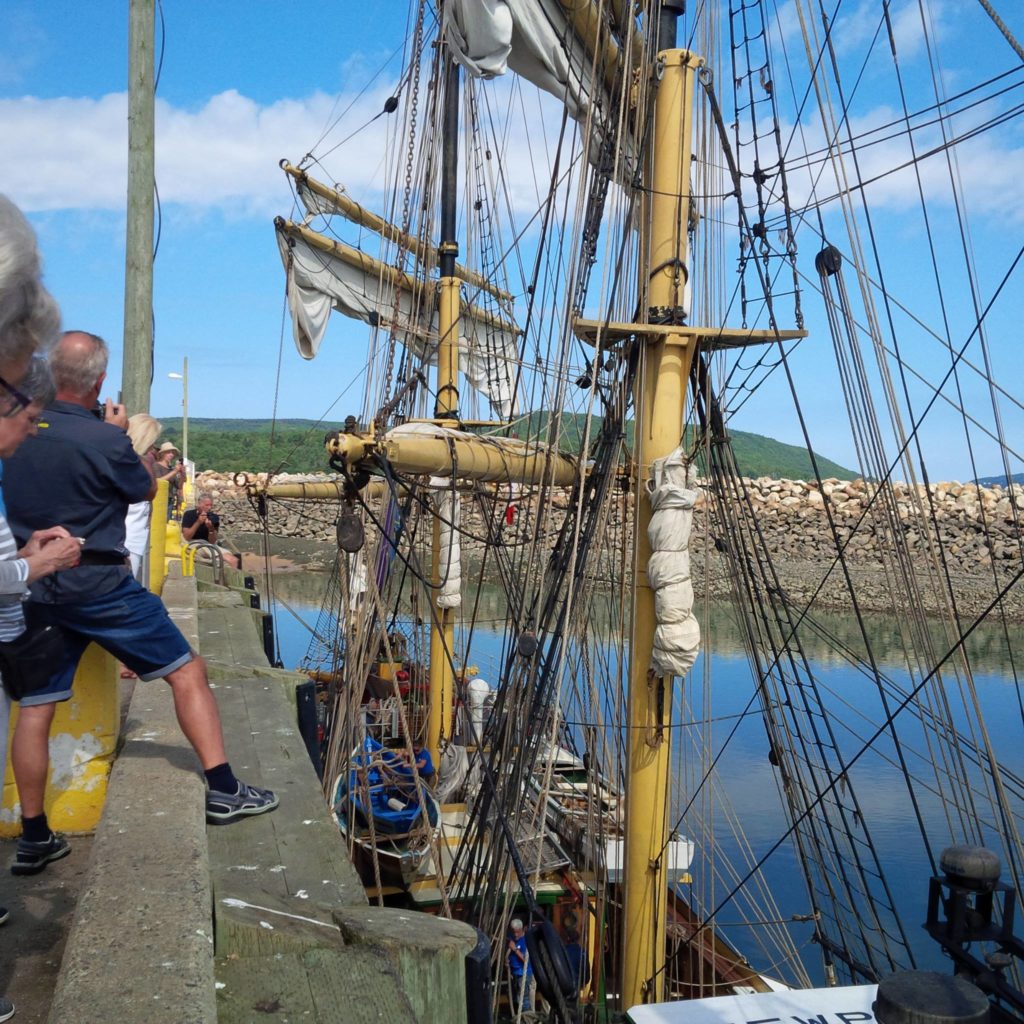 The wharf where we were all alongside was situated in a way that allowed the crews of the ships to gather in the evening to share stories, a barbecue and music. It has been a wonderful but busy summer and it was nice to spend an evening socializing with other Tall Ship crew that we have been sailing with all summer.  A few of the crew were able to spend an afternoon with former World Voyage Four crew member Amanda and her family from Mariner Cruises out of Brier Island to go whale watching. Although the fog started to roll in, that didn’t deter the mighty humpbacks from putting on a performance including a mom and her calf just learning how to entertain the eager guests. Humpback whales are a most magnificent species and it was humbling to be alongside these gentle giants as they fed.

It was a wonderful visit to Digby and in usual east coast fashion, the townspeople were kind and generous but it was time to set sail for our next port, Saint John, New Brunswick.

Getting underway from Digby, the ships proceeded to the Annapolis Royal basin where the town of Annapolis Royal gathered to watch a sail past. It was an incredible sight as there had been significant fog for most of the day but it suddenly seemed to clear a path for the ships. I can only imagine what it looked like from shore, standing in a quaint seaside town that had been home to some of North America’s earliest European settlers and watching huge ships emerge from the fog.

Our final port for Rendevous 2017 Tall Ship Festival was also in the Bay of Fundy and full of beautiful architecture, an abundance of natural resources and, of course, great seafood! Saint John, New Brunswick held an impressive festival for the Tall Ships and their visitors. Despite the wide range in tides and some after effects of Hurricane Gert, the sturdy East Coasters did not shy away. Spectators and visitors came in droves and patiently waited their turn to tour the tall ships, and take in the attractions and vendors.

Allison with the Pirates

Saint John often has cruise ships visit their town but eleven Tall Ships is an entirely different story. The festival was a treat for the senses with food trucks, live music and the Pirates of Halifax wandering the streets entertaining everyone in attendance.

Many of us left our final official port of the summer with mixed feelings.  There is a certain excitement for some of us who will be returning to our ‘land lives’, some staying in Lunenburg to attend Bosun School in the fall and more than a few dreaming of the next and final World Voyage beginning in March 2018. Regardless of our individual paths, there is a sense of sadness in the ship as we come to the end of the summer. It has been a remarkable 4 months with 13 ports, over 6000nm and countless new friends that become part of our “ship family”.  The world is much smaller than it seems for sailors, and often shipmates cross paths throughout their lifetimes in various ships, ports, seas and continents. One thing I have learned over the years and my involvement with PICTON CASTLE is that you never say ‘good bye’… it is always ‘until next time’. 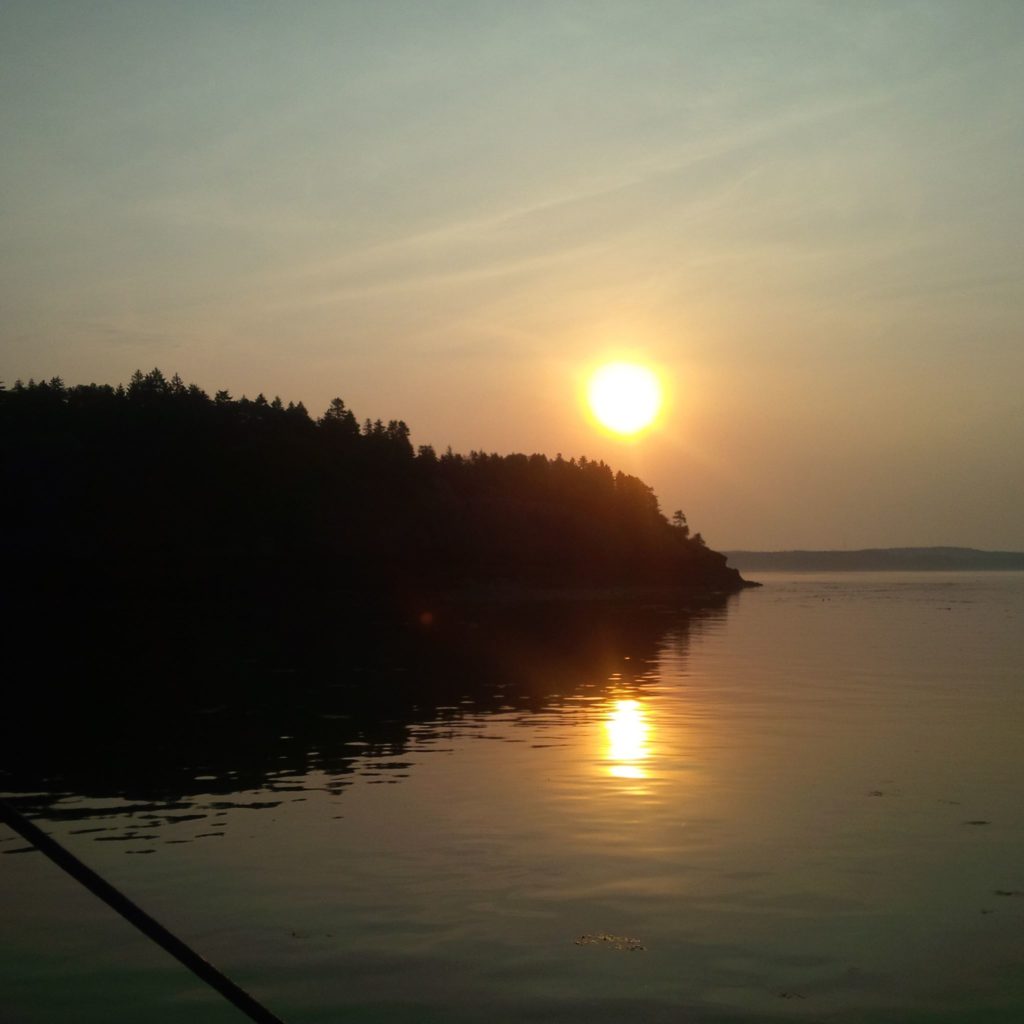